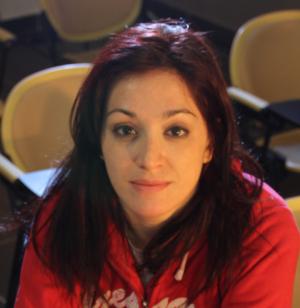 She graduated from the Academy of Susanna Beltrami where she deepens and broadens his theoretical and technical knowledge in the field of contemporary and modern dance. She takes part in the Shen Wei Dance Arts Education Project which leads to the creation of the show MYCELIAL SKETCHES. She participates in numerous shows, festivals and performances with the Art & Show agency, with the Musicamorfosi Association, with young and emerging choreographers and with other important choreographers such as Susanna Beltrami. She works as a teacher of Modern and Contemporary at the Dance Gallery of Perugia and at the Academy of Art in Arezzo. She continues her specialization with numerous teachers including Michele Abbondanza and Antonella Bertoni, Carolyn Carlson, Giorgio Rossi, Germàn Jauregui Allue. Over the years she increasingly deepens the study of contact improvisation with various teachers including Nina Little, Urs Stauffer, K. J. Holmes, Benno Voorham, Robert Lun, Thomas Kampe, Daniela Schwartz, Echhard Muller, Angela Doniy. She also participates in the Contact Improvisation Festival such as Grenoble, Valensia and Friborg, Yspertal. She is teaching and organizing workshops since 2013 in Catania. She currently teaches at the Art’s Center Viagrande Studios on dance and acting courses.