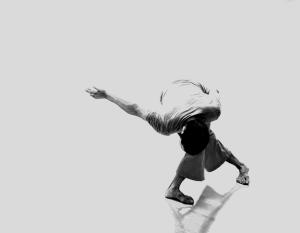 Ray Chung is a performer, teacher, engineer, and artist who has a passion for dancing which he likes to share with other people. His main focus is improvisation and he has worked with Contact Improvisation since 1979 as part of improvisational performance practice and integrates other movement forms into his work, including martial arts, bodywork and Authentic Movement. Ray has worked with the leading proponents of Contact Improvisation including Chris Aiken, Nancy Stark Smith, Steve Paxton, Lisa Nelson, Peter Bingham, Karen Nelson, Andrew Harwood, Nita Little, and regularly collaborates with dancers, musicians, and other artists. Ray has also been certified as an instructor of shiatsu by the Shiatsu Education Center of America in 1982, and has studied with Wataru Ohashi, Ryuho Yamada, and Shizuto Masunaga. His work has been featured at numerous national and international festivals and venues, and he has performed in works directed by Anna Halprin, Judith Kajiwara, and George Coates Performance Works. Currently based in San Francisco & Sweden, Ray regularly teaches abroad.